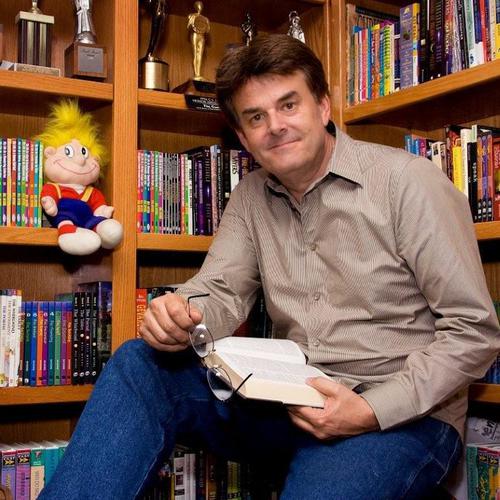 Talks covered by this speaker

Have you got yours yet?

Our All-Access Passes are a must if you want to get the most out of this event.

Best-selling author. Award-winning filmmaker. To date, Bill Myers' books and videos have sold over 8 million copies. Not bad for a man who never wanted to be a writer. He grew up in the mountains of Washington State, eight miles from the nearest town. Even with all that solitude, he read very little as a child and got Cs and Ds in the only writing class he took at the University of Washington. "When a girl I'd dated all through high school dumped me our first year at college, I wandered the campus night after night, until I finally told God He could have my life, I'd do whatever he wanted regardless of how strange it was." Even though for most of his life Bill wanted to be a dentist, he kept getting the impression God wanted him to be in filmmaking. "We had quite a few arguments, but because I made that promise, I changed my major to film directing and a few weeks later found myself in Rome, Italy studying a subject I knew nothing about in a language I couldn't speak. Talk about feeling foolish." Bill fell into writing when he was directing a play in Los Angeles and a producer asked him to write a television show. "I discovered the power of writing through television and movie scripts, then books." Besides his studies in film directing in Rome, Bill holds a degree in Theater Arts from the University of Washington and an honorary doctorate from the Theological Institute of Nimes, France, where he taught. As author/screenwriter/director his work has won over 60 national and international awards, including the C.S. Lewis Honor Award. His DVDs and books have sold 8 million copies. His children's DVD and book series, McGee and Me, has sold 4.5 million copies, has won 40 Gold and Platinum awards, and has been aired on ABC as well as in 80 countries. His My Life As… book series has sold 2.1 million copies. He has written, directed, and done voice work for Focus on the Family's Adventures in Odyssey radio series and is the voice of Jesus in Zondervan's NIV Audio Bible. As an author, several of his children's book series and adult novels have made the bestseller list. He is also managing partner of Amaris Media, International – a motion picture and media company currently developing several projects for both children and adults. The motion picture, The Wager, starring Randy Travis and based on Myers' novel by the same name, was released in 2009. Bill has been interviewed for Good Morning America, ABC Nightly News, The 700 Club, TBN, as well as hundreds of broadcast, internet and print organizations. He can be reached at bill@amarismedia.com

Your logo could go here!

If you'd like to get your brand in front of attendees following the categories this speaker is talking about (on this page, via email and during each talk) contact us.
We use cookies This website (and some of its third-party tools) use cookies. These are important as they allow us to deliver an exceptional experience whilst browsing the site. Learn more about our cookie policy. By closing this banner, scrolling, clicking a link or continuing to browse, you agree to the use of cookies. Accept
I need help
No I need help
No I need help